Notes on the Music 6 - Forward Into the Past! 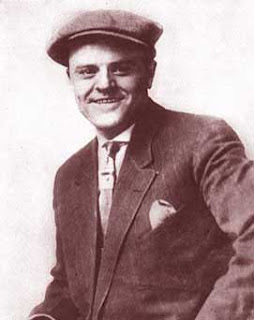 [The sixth in a series of postings on the music in my show Just a Song at Twilight: The Golden Age of Vaudeville.  Performances are March 26 and 27 at the Kranzberg Center in St. Louis; tickets at licketytix.com.]

Grant Clark and Edgar Leslie / Maurice Abrahams: He’d Have to Get Under – Get Out and Get Under (1913) – Early adopters of technology have always had to become self-taught experts. The first motorists were no exception, as this popular novelty number demonstrates. It was a hit for Bobby North, Al Jolson and Billy Murray (pictured), among others. Murray was an early adopter himself, although in his case the technology was sound recording. Grasping the commercial potential of records (pronounced “re-CORDS” in the early days) before many of his contemporaries, Murray cranked out hundreds of cylinders and discs for every major company. With a sharp tenor voice and impeccable diction, he was the ideal performer for the early days of the medium.

Ida Emerson and Joe Howard: Hello, Ma Baby (1899) – Howard and Emerson were a vaudeville team who had great success with this number about the early days of the telephone. The sheet music sold over one million copies – a stunning achievement at the time. Other hits by the team include “Good Bye, My Lady Love” (1904) and “I Wonder Who’s Kissing Her Now?” (1909). This is another one that required minor lyrical surgery to avoid offending a contemporary audience. Chuck Jones fans (and you know who you are…) will recognize it as the theme song of Michigan J. Frog in “One Froggy Evening”. 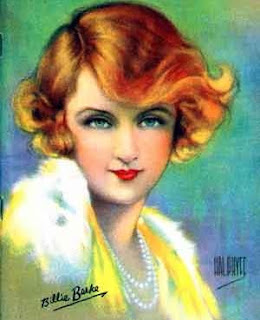 Edgar Leslie and Burt Kalmar / Pete Wendling: Take Your Girlie to the Movies (1919) – Long before songs from movies were common, songs about movies were all the rage, with titles like “Let’s Go in to a Picture Show” (1909) and “Mary Pickford, the Darling of Them All” (1914) gracing piano benches. Advice columnist Beatrice Fairfax (actually New York Evening Journal reporter Marie Manning), who is mentioned in the first verse, also turns up in the Gershwins’ “But Not for Me”, for those of you who keep track of those things. And for those of you who think of Billie Burke (pictured) primarily as Glinda or Mrs. Cosmo Topper, be aware that in 1919 she was, as they say, “hot stuff”. She was also Mrs. Florenz Ziegfeld.
Posted by Chuck Lavazzi at 6:05 PM