There have been so many big-budget corporate musicals based on popular films in the last decade or so that they now appear to constitute a sub-genre with its own rules—all of which Shrek the Musical follows faithfully. There are elaborate sets, costumes and effects; solid performances by a very professional cast; and a creative team with impressive Broadway credentials. There's also about 20 minutes too much of everything but then that, too, is part of the genre.

If you're a fan of the 2001 animated film you'll be happy to find all the key events and juvenile humor of the original intact (the encounter with Robin Hood and his Merry Men being a notable exception) and all set to music—whether you like it or not. It helps that the music is by the ferociously talented Jeanine Tesori (best known as a lyricist for shows such as Thoroughly Modern Millie) and that the book and lyrics are by Pulitzer Prize winner David Lindsay-Abaire (Rabbit Hole, Wonder of the World and many more), but even so most of it seems unlikely to have a life beyond the show. The one exception might be “When Words Fail”, a touching little ballad given, improbably but appropriately, to the title character.

Lindsay-Abaire even manages to add a bit of a gay pride spin to the original message about the importance of diversity and not judging people by appearance with songs like “Freak Flag”, in which the exiled fairy tale characters take pride in their eccentricity. “I'm wood! I'm good”, declares Pinocchio. “Get used to it!” How did Pat Robertson miss this one?

The current tour, which kicked off last month in Chicago, boats a fine cast giving their all in what appear to be physically demanding roles. Certainly David F.M. Vaughn deserves some sort of theatrical Purple Heart for belting out the role of the diminutive Lord Farquaad on his (fortunately well-padded) knees, as does Eric Petersen, charming and funny under all that makeup and padding in the title role.

Holly Ann Butler is a delight as Princess Fiona, both alone and in a power trio with Young Fiona (Madison Mullahey) and Teen Fiona (Sarah Peak), holding out for a hero (to quote a Jim Steinman lyric) in “I Know It's Today'. Alan Mingo, Jr. gets the right measure of fun out of the role of the motor-mouthed Donkey. It might have been nice to see a shorter actor in the part so we could get the “Mutt and Jeff” dynamic between Donkey and Shrek that acts as a recurring visual joke in the animated original, but you certainly couldn't ask for a better and brighter performance than the one Mr. Mingo gives you.

Other standouts in the fine supporting cast include Blakely Slaybaugh, bringing some impressive dance moves to the role of Pinocchio, and Carrie Compere as the voice of the Dragon. The sound system rendered the lyrics of her big solo “Donkey Pot Pie” incomprehensible, unfortunately, but there was no mistaking the quality of her big, soulful voice. Lyrics in chorus numbers tended to be garbled as well—a recurring and possibly unsolvable problem at the Fox.

The bottom line is that if you loved the original film and don't mind the fact that a 90-minute movie has been stretched out to a two and one-half hour stage show (including intermission), you'll probably enjoy Shrek the Musical—especially if there are youngsters in your party. Just be aware that the length might make smaller fry a bit restless and/or keep them up past their normal bedtimes.

If, on the other hand, you wish the whole “corporate theme park” school of musical theatre would just go away, you can probably give Shrek a miss.

Either way, Shrek the Musical continues through September 26 at the Fox Theatre, 527 North Grand in Grand Center. For more information you may call 314-534-1111 or visit the web site, fabulousfox.com.
Posted by Chuck Lavazzi at 8:27 PM No comments: 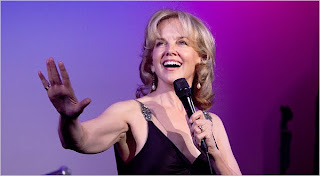 Who: Linda Purl
What: Come Rain or Come Shine
Where: The Kranzberg Center, St. Louis
When: September 8 through 11, 2010

If the opening night crowd for Come Rain or Come Shine was not quite as large as Cabaret St. Louis would have liked, it might have been due to some lukewarm reviews the show got earlier this year in New York. If so, local audiences should have no concern. Come Rain or Come Shine may not be a flawless show, but it's a polished and entertaining one with solid musical and theatrical values that gets the fall Cabaret St. Louis season off to a fine start.

Although this is her first visit to St. Louis, Ms. Purl's face may be familiar to many from her long career in films, stage and—especially—television. A co-star on Matlock and The Office (among others), she has also appeared over forty made for TV movies. Her career in the contemporary version of the B movie industry serves as the basis for one of the comic highlights of the evening, Ron Abel and Kirby Tepper's “Movie of the Week”. I don't know whether the number was written specifically for her or not, but like her slinky blue beaded dress (“never sit on a stool when you're wearing one”, she advises at one point), it's a perfect fit.

A charismatic and engaging performer with a flexible and attractive voice, Ms. Purl presented a show which, while relying heavily on standards such as “The Best is Yet to Come” and “Wouldn't It be Loverly?” (one of many familiar songs given stunning new arrangements by pianist and music director Scott Woolley) also included some newer material. Examples of the latter included the moving Brent Barrett/Maury Yeston collaboration “New Words” and the charming “This Time Tomorrow” from the 2001 Broadway flop The Adventures of Tom Sawyer.

Of course, even a hoary standard like “One For My Baby (And One More for the Road)” can sound brand new given an inventive arrangement and a performer with clear intent and solid focus. Mr. Woolley and Ms. Purl provided both. Her reading of the song's final phrase—“that long, long road”—left little doubt about how long and dark that road would be, while his arrangement was appropriately moody and dramatic. Indeed, Mr. Woolley is almost as compelling a performer as Ms. Purl. One of the pleasures of the evening was watching him throw himself into the music.

Other highlights of the evening included a medley of big band era tunes - introduced by Ms. Purl's observation that her parents recently observed their 70th wedding anniversary because they never stopped dancing together—and a duet with St. Louis native Kevin Spirtas. The latter combined a pair of Ira Gershwin trifles (“Oh Me! Oh My!” and “Cheerful Little Earful”) with some solid scat singing. Better yet, Mr. Spirtas took the stage afterwards for a beautiful rendition of Peter Allen's “Love Don't Need a Reason” that was an ideal example of how to clearly convey the meaning of a lyric.

These are, however, minor complaints. The bottom line is that Come Rain or Come Shine presents a trio of talented performers at, for the most part, their very best. It's a great beginning for what promises to be a very interesting fall season at Cabaret St. Louis. The show runs through Saturday, September 11, at the Kranzberg Arts Center, 501 North Grand in Grand Center. For more information, you may call 314-534-1111 or visit the web site: cabaretstl.org.

Next in the Cabaret St. Louis lineup: Brian Lane Green, Lee Lessack and Johnny Rogers in Three Men and a Baby…Grand!—A Tribute to the Rat Pack (there seems to be a lot of that about these days). Performances are Wednesday through Saturday, October 13 through 16. Between now and then, the Kranzberg will host local talent under the Presenters Dolan umbrella with a show by the husband and wife team of Joe Dreyer and Rosemary Watts on September 30 and October 1 and a Peggy Lee tribute by Barbara Helmer on October 2 and 3. For information on those shows, you may call 314-725-4200 or visit licketytix.com.
Posted by Chuck Lavazzi at 10:45 PM No comments: 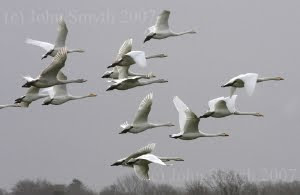 Apropos of absolutely nothing, my thoughts over the past few days seem to have strayed towards the intersection of Art and Nature. It seems to be a busy intersection, and by the time I finished dodging speeding metaphors I found myself with the following completely unrelated bits of information, all of which turned up as Facebook profile status messages.

The difference between Mahler and Bruckner, I was told as a youth, was this: if you go to an Alpine meadow and look up at the majestic mountain, that is Mahler. If you look down at the lovely flowers, that is Bruckner.

For some time before his death, Alexander Scriabin supposedly worked on a "Universe Symphony". It would be a multi-media experience which would be performed in the Himalayas and would bring about his version of Armageddon: "a grandiose religious synthesis of all arts which would herald the birth of a new world." All ...we have are sketches of the first part, titled "Mysterium". Which might be just as well.

In his diary, Sibelius noted the inspiration for the grand theme in his Fifth Symphony: "Today I saw 16 swans. God, what beauty! They circled over me for a long time. Disappeared into the solar haze like a silver ribbon." Listening to the 5th now, it's impossible not to hear those birds in the majestic swing and sway of the final movement.

Why I should be pondering what I'm pondering, Pinky, is anybody's guess. Maybe it's a reaction to the fact that I'm otherwise consumed with thoughts about the upcoming edition of Cabaret at the Café on September 10th. Or maybe it's all that classical Internet radio I've been listening to.

Or maybe it's just that today is my 62nd birthday.
Posted by Chuck Lavazzi at 10:07 PM No comments: