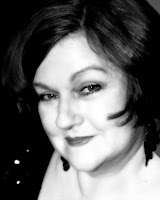 Who: Christy Simmons
What: Count Your Blessings: A Tribute to Rosemary Clooney
When: October 4 – 14
Where: The Missouri History Museum

I’ve always maintained—sometimes against stiff critical headwind—that cabaret is essentially a form of musical theatre, and that some of the best cabaret artists are the ones with a solid stage background. If you doubt that, head on over to the Missouri History Museum to see Christy Simmons’s Count Your Blessings and be convinced.

Ms. Simmons’s stage experience is obvious is nearly every moment of this remarkable mix of cabaret, biography, and musical theatre that recounts the ups and downs of the famed singer's often troubled life with a canny combination of song and story. It looks as polished and professional as it sounds, and it sounds awfully fine. Yes, there are a few moments when the eyes and ears of a director who is not also the star would have been helpful and the song list is perhaps a bit ballad-heavy, but the show is so engaging and well thought out that these are little more than quibbles.

At this point I should probably point out that Ms. Simmons and I are not strangers. We’ve shared the stage before and done the St. Louis Cabaret Conference together. Nothing unusual there; the local cabaret scene is not large and I know almost everyone in it. I also know a good show when I see it, though, and Count Your Blessings is, by any standard you can name, a good show. The mix of songs includes plenty of Clooney’s hits along with some less familiar titles, the balance of music and biography is right, and the presentation is first-rate.

Count Your Blessings makes good use of the History Museum’s stage. The three-piece combo (piano, acoustic bass, and drums) is spread across the back of the stage, which is simply but elegantly dressed with tables, candles, a few props, and a picture of Ms. Clooney. It’s all beautifully lit by Becca Holmes and the overall look and sound is that of a high-end nightclub—very appropriate for the subject at hand.

It helps, of course, that Clooney’s real life almost sounds like the plot of a Hollywood biopic. Saddled with a horrific childhood, Clooney began singing on the radio at an early age simply to survive and soon became a major attraction Tony Pastor’s band. Film and TV stardom followed, but career pressures and the singer’s poor choice in men—she married the fickle and self-centered film star José Ferrer not once but twice—eventually led to drug addition and a nervous breakdown. The fact that she recovered from that breakdown, married dancer Dante DiPaolo (the true love her life), and went on to a second career as a jazz singer would surely seem the stuff of fiction if it weren’t true.

As Ms. Simmons points out early in the evening, her show is not an exercise in celebrity impersonation. When she sings Clooney hits like “This Will Be My Shining Hour”, “Half As Much,” or “You Make Me Feel So Young,” she’s giving you her interpretations, not a reproduction of Clooney’s. There is a riveting section in the second act in which she takes on the role of Clooney to dramatize the singer’s famous mental meltdown following Robert Kennedy’s assassination, but that’s clearly established as a set piece that departs from the norm. For the rest of the show, Rosemary Clooney’s songs are used to tell the story of Rosemary Clooney’s life, assisted with excerpts from the singer’s sometimes painfully honest autobiography.

And the performances of those songs couldn’t be better. Ms. Simmons has a well-trained voice that can belt or purr as needed, so she’s equally at home up-tempo numbers like “It Don't Mean A Thing If It Ain't Got That Swing” and downbeat ballads like Billy Strayhorn’s unsettling “Lush Life”. Her backup band is tight and the vocal/instrumental balance is excellent. The first weekend the band consisted of Paul Westcott on piano, Dave Troncoso on bass, and Clancy Newell on drums. The redoubtable Joe Dreyer replaces Mr. Westcott on the closing weekend while Jim Guglielmo takes over the percussion Thursday through Saturday.

I was never a fan of Rosemary Clooney, but I found Count Your Blessings to be a consistently entertaining and, in keeping with the History Museum’s mission, educational show. For fans of the late singer, I expect it’s a little bit of heaven. For the rest of us, it’s just a darned fine bit of musical theatre.

Count Your Blessings continues through October 14 in the Lee Auditorium of the History Museum in Forest Park. For more information: mohistory.org.
Posted by Chuck Lavazzi at 8:49 PM