Chuck's St. Louis theatre choices for the weekend of December 5, 2014

The Theatre Lab and the Players Project present the 24 Hour Play Festival on Saturday, December 6. “We welcome new people to the roster (including Greg Fenner, Em Piro, Anna Skidis, Matt Pentecost, Larissa White and more!) SIX original works instead of five! Members of The Improv Shop will be performing an improv bit to cap off the night! Emcee'd by The Improv Shop's very own Pat Niday!!” The performance takes place at Webster High School, 100 Selma in Webster Groves. For more information: brownpapertickets.com.

My take: How does this work? Well, six writers are given a genre in which to write and a line that has to be incorporated into the script. They have seven days to write a short play and then the actors have 24 hours to cast, rehearse, and finally present the results. Think of it as theatrical speed dating. This is definitely high wire act material and has the potential to generate plenty of excitement. 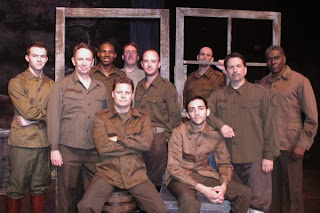 Mustard Seed Theatre presents the acappella musical All is Calm Thursdays through Saturdays at 8 PM and Sundays at 2 and 5 PM through December 14. "Join us in celebrating the power of peace in this acapella musical based on the true story of soldiers during World War I who for one night, put down their arms and played soccer instead of exchanging bullets." Performances take place at the Fontbonne Fine Arts Theatre, 6800 Wydown Blvd. For more information, call (314) 719-8060 or visit the web site at www.mustardseedtheatre.com.

My take: This show is apparently going to be a holiday tradition at Mustard Seed, and with good reason. The story of the remarkable holiday truce that spontaneously interrupted the insanity of World War I remains an inspiring reminder of what happens when ordinary people ignore the manipulations of their leadership and allow their basic decency to take control of their actions. The lesson for contemporary politics is clear. 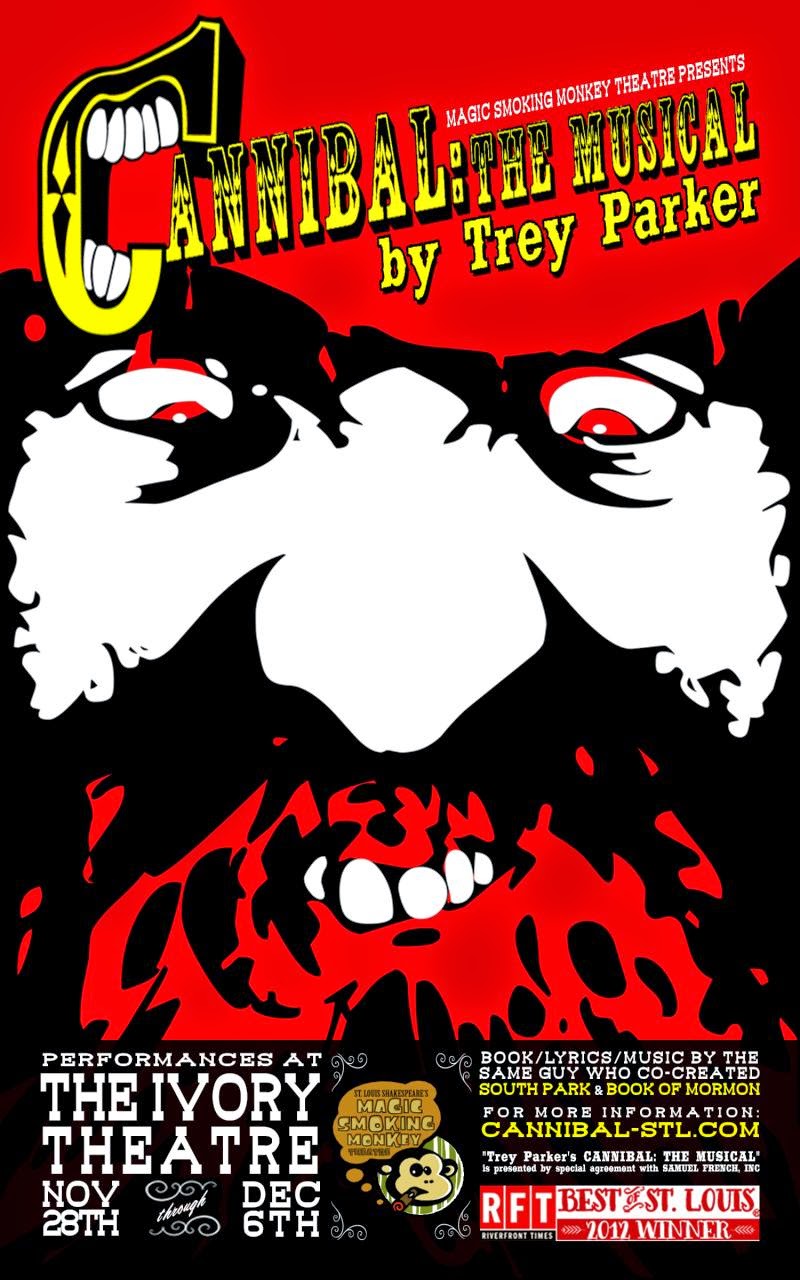 Magic Smoking Monkey Theatre presents Trey Parker's Cannibal the Musical through December 6. "Created in the style of the 1950's movie musical Oklahoma!, Cannibal follows the life of Alferd Packer, the man who lead an ill-fated party of men to Colorado Territory during the winter of 1873-74. Alferd was the lone survivor of this trip and was later put on trial for murdering and eating his party. Along the journey to Colorado Territory, Packer loses his beloved horse, Liane, and encounters trappers, snowmen, ninjas, sheep, Indians, aliens and a cyclops, all in an effort to find her." Performances take place at the Ivory Theatre, 7622 Michigan. For more information: cannibal-stl.com.

My take: Magic Smoking Monkey Theatre, the illegitimate love-child of St. Louis Shakespeare, is known mostly for concocting its own scripts from pop culture detritus like the films of Ed Wood and superhero cartoons. Producing an actual book musical—by Trey Parker of South Park and Book of Mormon fame, no less—is an unusual step for them, even if it is the same one they took back in 2011. Reviewing the original production, stltoday.com's Gabe Hartwig described it as "hilarious." "'Cannibal!' is full of inside jokes, profanity and toilet humor. If you enjoy 'South Park,' you'll be right at home." And what better way to celebrate Thanksgiving, I ask you?

Posted by Chuck Lavazzi at 5:48 PM