St. Louis classical calendar for the week of October 27, 2014

Eliot Unitarian Chapel presents a Friends of Music concert on Sunday, November 2, at 3 PM. "The program will feature: Steven Cheng and Lee Demertzis performing Johannes Brahms' Sonata no. 2 in A major for violin and piano; and The New Muse Piano Duo of Paola Savvidou and Jonathan Kuuskoski, joined by saxophonist Leo Saguigiut, performing Sorex by Emily Doolittle, Departure/Train by Patrick Clark, and Rambunction by Stacey Barelos." Eliot Unitarian Chapel is at 100 South Argonne in Kirkwood. For more information: fomcstl.org

First Presbyterian Church of Kirkwood presents a concert by The Metropolitan Orchestra of St. Louis on Sunday, November 2, at 7 p.m. "The Metropolitan Orchestra of Saint Louis welcomes several guests for their second concert of the season. The Arianna Quartet joins us in performance with Elgar's Introduction and Allegro. In 1904 Elgar was was asked to compose a piece for the newly-formed London Symphony Orchestra, and he decided to write only for that orchestra's string section. Patrick Jackson is our guest conductor for Britten's Simple Symphony. Rodrigo's Fantasia Para un Gentilhomme will feature guitarist Benjamin Minden-Birkenmaier and conducted by Music Director Allen Carl Larson. The concert concludes with Tchaikovsky's Serenade for Strings conducted by Associate Music Director Wendy Lea. The audience is invited to meet the soloists and musicians at a reception immediately following the concert." First Presbyterian Church is at 100 East Adams in Kirkwood. For more information: metro-orch.org.

The Sheldon Concert Hall presents the a cappella vocal ensemble Chanticleer in concert on Tuesday, October 28, at 8 p.m. "Called 'the world's reigning male chorus' by 'The New Yorker' magazine, the San Francisco-based, Grammy award-winning ensemble returns to The Sheldon! With a seamless blend of its twelve male voices, ranging from countertenor to bass, Chanticleer thrills with its interpretations of vocal literature, from Renaissance and jazz, to gospel and adventurous new music." The Sheldon is at 3658 Washington in Grand Center. For more information: thesheldon.org.

The St. Louis Civic Orchestra presents "Brahms Meets America" on Saturday, November 1, at 7 p.m. "Kimberly McCoul Risinger will be performing the St. Louis premiere of Zyman's Concerto No. 2 for Flute and Orchestra on November 1 at 7 p.m. She recently performed the US premiere of the piece with the Illinois State Symphony Orchestra. We will also be performing Samuel Barber's First Essay for Orchestra and Brahms Symphony No. 4." The concert takes place at the Purser Center at Logan University, 1851 Schoettler Rd in Chesterfield, MO. For more information: stlco.org 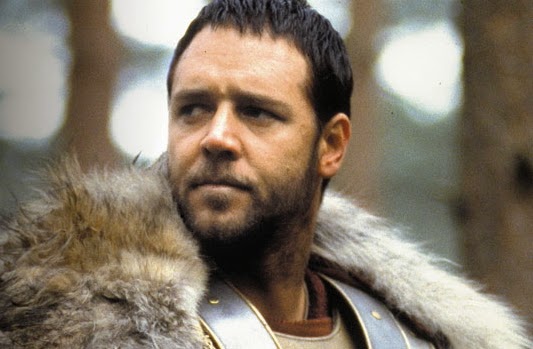 The St. Louis Symphony presents a showing of the film Gladiator Saturday at 7 p.m. and Sunday at 2 p.m., November 1 and 2. Justin Freer conductions the orchestra and chorus in a live performance of the score to accompany the movie. The concerts take place at Powell Symphony Hall, 718 North Grand in Grand Center. For more information: stlsymphony.org.

The Tavern of Fine Arts presents guitarist Deyan Bratic on Saturday, November 1, at 8 PM. "Returning to the Tavern, classical guitarist and acclaimed author Deyan Bratic will present an exciting and culturally diverse program touching upon the hallmarks of the classic guitar repertoire." The Tavern of Fine Arts is at 313 Belt in the Debaliviere Place neighborhood. For more information: tavern-of-fine-arts.blogspot.com.

Third Baptist Church presents an organ concert by Brent Johnson on Friday, October 31, at 12:30 PM as part of its free Friday Pipes series. "Join us on Fridays at Third Baptist Church for Friday Pipes, the free organ recital series celebrating the restoration of the church's 72-rank Kilgen/Möller pipe organ. Each week a different performer will be presenting a program of classical, church, and theatre organ music in the beautiful sanctuary of Third Baptist. This season's performers come from across the USA, and even from around the world. Free parking is available in the church lots on Washington Avenue." Third Baptist Church is at 620 N Grand. For more information: www.third-baptist.org
Posted by Chuck Lavazzi at 12:15 AM