Tonight was the first of the four concerts that make up the final round of the Cliburn Competition. All concerts feature the Fort Worth Symphony conducted by Leonard Slatkin. 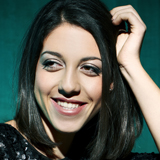 Beatrice Rana (Italy) got things off to a lovely start with a nimble, elegant, and beautifully executed performance of Beethoven’s Piano Concerto No 3 in C Minor, Op. 37. This is a work full of drama, lyricism, and good cheer—all of which were present in abundance in Ms. Rana’s thoughtful and impeccably executed reading. Her communication with Mr. Slatkin was good and she was clearly very much “in the moment” at every point. If she does as well with her Prokofiev Piano Concerto No. 2 in G Minor (Op. 16) on Saturday, she could be a real contender for a medal. 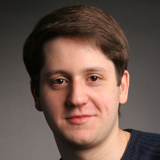 Speaking of the Prokofiev 2nd, Nikita Mndoyants (Russia) seemed to be having problems with his performance of it tonight—somewhat surprising, given the generally good notices he got in his preliminary and semi-final round work. He did capture much of the concerto’s grotesque humor, especially in the second movement, but was clearly working hard all the way through. Jeff Dunn, a fellow critic who is intimately familiar with the work, felt that Mr. Mndoyants was over his head technically—which might explain why the performance felt rather monochromatic to me. It was still fascinating to see, as Prokofiev’s concerti always are, but to my mind true virtuosity should never appear as difficult as it actually is. Like Fred Astaire’s dancing, it should seem effortless when, in fact, it’s just the opposite.

Fei-Fei Dong (China) concluded the evening with a Rachmaninov Piano Concerto No. 3 in D Minor (Op. 30), that really rocked the house. You wouldn’t think the diminutive pianist could generate that much power (and, in fact, she actually rose from the bench once or twice for a little extra muscle), but she took everything Rachmaninov could throw at her and made it not only rock but sing. Her entrance in the second movement lacked just a bit of the hallucinatory quality that I associate with that section, but otherwise this was another potentially prize-winning performance. Like Ms. Rana, she was obviously listening closely to the orchestra and paying close attention to Mr. Slatkin throughout.

Watching these concerts is a rather unusual experience, by the way.  The Cliburn is streaming them live at their web site, so there are multiple video cameras capturing everything.  The video stream is also shown on a large screen suspended above the stage, so everyone can get close-up views of the pianist's face and hands, as well as of Mr. Slatkin and the orchestra.  The massive boom-mounted camera suspended above the stage—the one used for the panning shots—can be a bit distracting at first, but I soon learned to ignore it.

Bass Hall has excellent acoustics, by the way, so you can also hear every note with great clarity.
Posted by Chuck Lavazzi at 11:25 PM

hm, were we listening to the same Rach 3 last night ????? I must have inadvertently tuned to the wrong webcast with a ffd look-a-like. Pity ....

Philosophically and psychologically speaking, everyone in the hall was listening to a different Rach 3, so I expect you're correct.

philosophically, psychologically AND musically speaking, our respective experience of ffd's Rach 3 was as different as night and day. Alas, I am far from being alone in thinking that was a most unfortunate Rach 3, to put it very mildly...and by the way, I have nothing against ffd and I hear she is "cute" which I suppose, I cannot disagree : )