Tonight was the second of the four concerts in the final round of the Cliburn Competition. All concerts feature the Fort Worth Symphony conducted by Leonard Slatkin.

The Friday concerts were marked by generally strong playing all the way around. Thursday night we had, in my estimation, two good performances and one disappointing one. Tonight we had two that were very good and one that was so outstanding I had to stop taking notes and just listen. 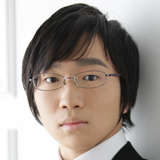 Tomoki Sakata (Japan) got things off to a fine start with a very persuasive Mozart Concerto No. 20 in D Minor, K. 466. Mr. Sakata and the orchestra adopted a brisk pace in the first movement that made the most of its drama (although his first entrance was a bit hesitant) and included a fine performance of the Beethoven cadenza. The second movement Romanze was elegantly played but a bit too slow for my taste and never quite took flight, but the final movement flowed along nicely. Overall it was a well-proportioned reading and neatly played.

Mr. Sakata is not a demonstrative performer (a rarity in this group, it seems), choosing to express himself entirely through his music. 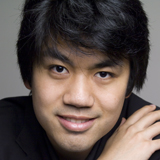 Sean Chen (USA) took on the Beethoven Concerto No. 5 in E-flat Major (Op. 73), known as the “Emperor.” His performance was marked by extreme dynamic contrasts and, at one point towards the end of the first movement, a bit of banging away at the keyboard that distorted his sound. For the most part, though, this approach worked well for him and enhanced the work’s grandeur. Tempi were a bit slow, but not so much so that the music ever lost energy, and the second movement (Adagio un poco mosso) was quite lovely. As with Mr. Sakata’s Mozart, this was not a flawless performance, but quite a fine one nevertheless.

Unlike Mr. Sakata, Mr. Chen is not shy about playing to the audience. This is neither good nor bad as long as it serves the music, which (mostly), it did. 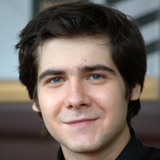 Judging from his Prokofiev Concerto No. 3 in C Major (Op. 26), Vadym Kholodenko (Ukraine) is a powerhouse of a pianist who is also capable of great delicacy. His concentration was intense and he seemed to be entirely caught up in the music. The Prokofiev 3rd is the music of youth, with ample wit, nose-thumbing cheer, and some ridiculously difficult writing for the soloist, especially in the final movement. Mr. Kholodenko captured all of that, and did it with precision and flare. There seemed to me to be a real joy in his playing that communicated itself to the highly appreciative audience. It certainly won me over.

The third concert of the final round is tomorrow night (Saturday, June 8). It will feature Mozart’s 20th again (with Nikita Mndoyants), Beethoven’s 4th (Fei-Fei Dong), and Prokofiev’s 2nd (Beatrice Rana; I’m very much looking forward to that one).
Posted by Chuck Lavazzi at 11:56 PM