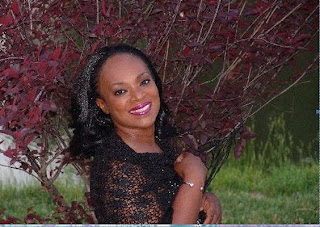 Who: The Compton Heights Concert Band
What: July 4th Tribute Concert
When: Tonight at 7:30 PM
Where: Francis Park, Eichelberger and Donovan
Why: "The program includes Captain America March, Film Score Classics, I Could Have Danced All Night, Summertime from Porgy and Bess, Someone To Watch Over Me, Big Band Favorites, The Thunderer March, National Emblem, Symphonic Marches, Over The Rainbow, God Bless America, Armed Forces Salute, 1812 Overture, and the Stars and Stripes Forever March." Featured vocalist is Beverly Stewart-Anderson (pictured) and the evening concludes with Tchaikovsky's "1812 Overture."  Temperatures are expected to be mild and the concert is free.  'Nuff said, as Stan Lee used to say.
Posted by Chuck Lavazzi at 1:02 AM