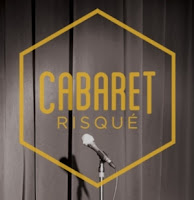 The Gateway Men's Chorus presents Cabaret Risque on Saturday, May 18, at 7 PM. Featured performers are Robert Breig, Alice Kinsella, Kay Love, Katie McGrath, Tim Schall, Deborah Sharn, and Jeffrey M. Wright. Ken Haller is master of ceremonies for the event, with music direction by Al Fischer. This second edition of this annual cabaret event by Gateway Men's Chorus should be fun, given the list of guest artists. The show takes place at the Rialto Ballroom, 3547 Olive in Grand Center. For more information: gmcstl.org.

The Presenters Dolan present a cabaret fundraiser for St. Louis Actors' Studio with Nancy Kranzberg and the Second Half on Thursday, May 16. The concert begins at 7:30, preceded by wine and hors d'oeuvres By Chef John and Entre at 6:00. The performance takes place at the Gaslight Theatre, 358 North Boyle. Nancy and Ken Kranzberg are famous for thie financial support of the local arts scene and 88.1 KDHX listeners will recognize Nancy as the host of a weekly arts interview show, but her work as a cabaret performer is less well-known. For more information: licketytix.com.

Magic Smoking Monkey Theatre presents Stupefy! The 90 Minute Harry Potter Thursday at 7:30 PM and Friday and Saturday at 7:30 and 10:30 PM. “The 7:30pm performance is 'family friendly.' The late show is recommended for audiences 16 and over. Audience members should feel free to dress in their Hogwarts attire, if desired.” "Good comedic acting shines in this production," says Tina Farmer In her review for 88.1 KDHX, "and the ensemble cast is engaging, skillfully drawing in all of the audience with a variety of interactions." Performances take place at the Regional Arts Commission, 6128 Delmar. For more information: www.brownpapertickets.com/event/343442 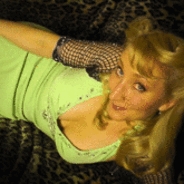 Mariposa Artists presents 2010 MAC Award Nominee Michelle Collier in A Tribute to the Hollywood Blondes on Thursday at 8 PM. “After a successful run at the Metropolitan Room and Don't Tell Mama in New York City, Mariposa Artists proudly presents Michelle Collier in “A Tribute To The Hollywood Blondes” featuring songs performed by the Golden Bombshell Legends of the Silver Screen, including: Ginger Rogers, Betty Grable, Betty Hutton, Jane Powell, Marilyn Monroe, Shirley Jones and more! Join this bubbly entertainer as she takes you on a journey through film history, including musical selections played by Carol Schmidt on piano and Ric Vice on bass.” The performance takes place at Jazz at the Bistro, 3536 Washington. For more information: www.brownpapertickets.com/event/344806. Doors open starting at 6:00 PM; dinner reservations are available at (314) 534-3663.

HotCity Theatre presents the St. Louis premiere of Maple and Vine through Saturday. “Disgusted with today's SCANDALOUS society where vulgarity and obscenity are actually rewarded? Overwhelmed by computers, smart phones, tablets and the such? Well, forsake Reality TV and your electronic devices for the dry martinis and Tupperware parties of the 1950's, when the simpler life was much more wholesome. Or ... was it?” I saw the world premiere of this at the Humana Festival two years ago and was very impressed with it. Although HotCity is promoting this as a kind of egdy comedy, it's really a thought-provoking (and ultimately disturbing) comedy/drama that raises important questions about the nature of freedom and personal identity and how much of both you might be willing to give up for a good night's sleep. The current HotCity production isn't perfect, but on the whole it does well by the script, which is the important thing. Performances take place at the Kranzberg Arts Center, 501 North Grand in Grand Center. For more information, visit www.hotcitytheatre.org or call 314-289-4063.

The Black Rep presents the world premiere of Smash/Hit! through Sunday. “An Iraqi War vet fights to leave the battlefield behind, and make his way in the treacherous world of Hip Hop.” Performances take place at the Grandel Theatre, 3610 Grandel Square. "What makes the play work so well," writes Tina Farmer in her review for 88.1 KDHX, "is the combination of the actors' performances and the well-written, tightly connected script. The language used and situations presented speak directly to a contemporary audience". For more information, visit theblackrep.org or call 314-534-3810.

Posted by Chuck Lavazzi at 3:02 PM