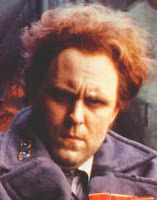 “My big breakthrough came when I realized that insecurity is the prime currency of film acting. In a sense, induced insecurity is exactly what you strive for. This was a major shift from what I was used to. In theatre acting, you work to overcome your insecurities. In weeks of exhaustive rehearsals you carefully craft a performance, polishing it like a gemstone. You work at it until you’re finally “secure” in your role. You rely on technique to sustain you and keep you consistent over the length of a run… In the movies, you only ned to achieve that illusion once and you’re given lots of chances to get it right… In the course of several takes, all sorts of happy accidents can happen in front of the camera, completely uncalculated. The best of these accidents are like lightning in a bottle. They are flashes of artless reality born of your induced insecurity - your fear, your pain, your longing, your nervous laughter. They have a close-up truth that can’t be faked. Hence, when you’re shooting a film you must recklessly put your emotion into play.” — John Lithgow, from Drama: An Actor’s Education

Much of what he says also applies to cabaret as an art form.
Posted by Chuck Lavazzi at 12:00 AM